Home > About us > History

From Autobanden De Sprint to Inter-Sprint

What began in 1965 as a ‘stack of tyres’ on Rotterdam’s Feijernoordkade has now, 50 years later, expanded to become one of Europe’s largest tyre and wheel distributors. Initially only sold car tyres to private individuals, under the business name ‘Autobanden De Sprint’ (‘De Sprint Car Tyres’). The simple basic plan to start selling tyres to private individuals at great prices was only the beginning of realising the final goal: the national and international distribution of car tyres and, later, wheels.

The conviction that the Dutch and European vehicle pool would grow explosively formed the basis for this. Now, almost half a century later, ‘Autobanden De Sprint’ has grown up to become ‘Inter-Sprint’, one of the most innovative and renowned international players in car tyre distribution.

How it all began

The first piles of tyres lie on the pavement in Rotterdam. The first deliveries are made. 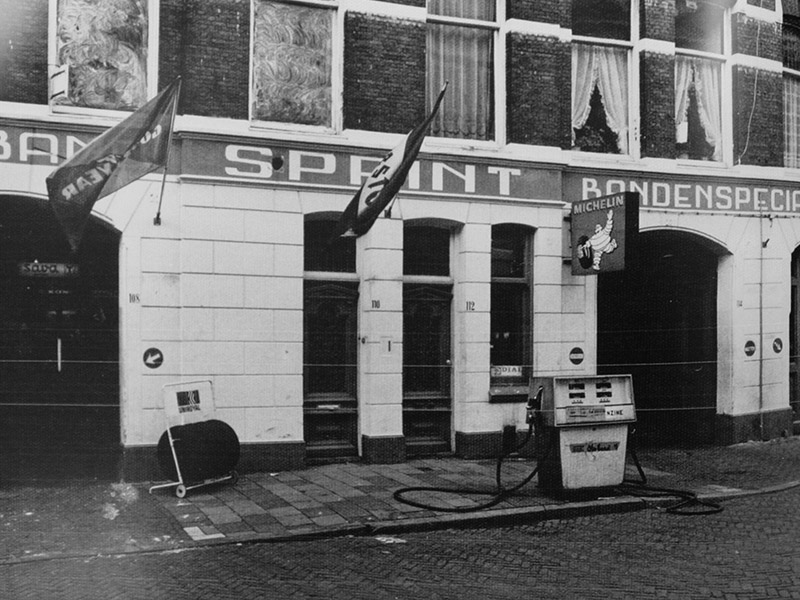 Under the name 'Autobanden De Sprint' ('De Sprint Car Tyres'), the first official branch is opened on the Feijernoordkade. Private customers can come here to purchase and have tyres fitted. 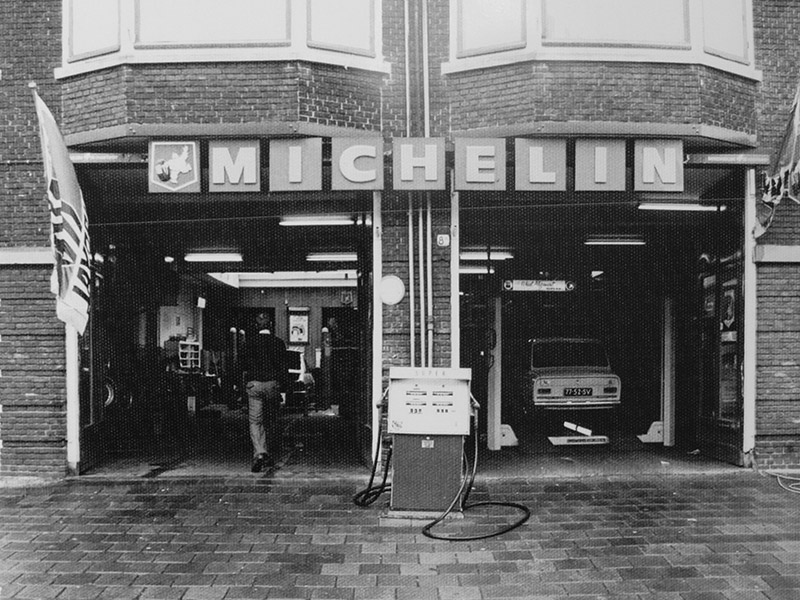 The business keeps on growing

Tyre fitting branches aimed at consumers are opened at several locations throughout Rotterdam. 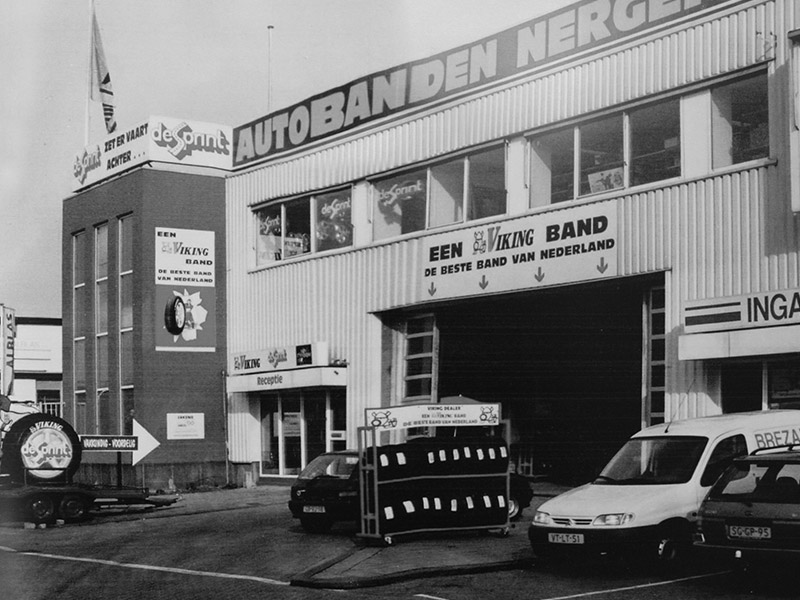 The success of De Sprint continues unabatedly. Larger branches, like here on the Ceintuurbaan, are necessary to continue to satisfy demand. 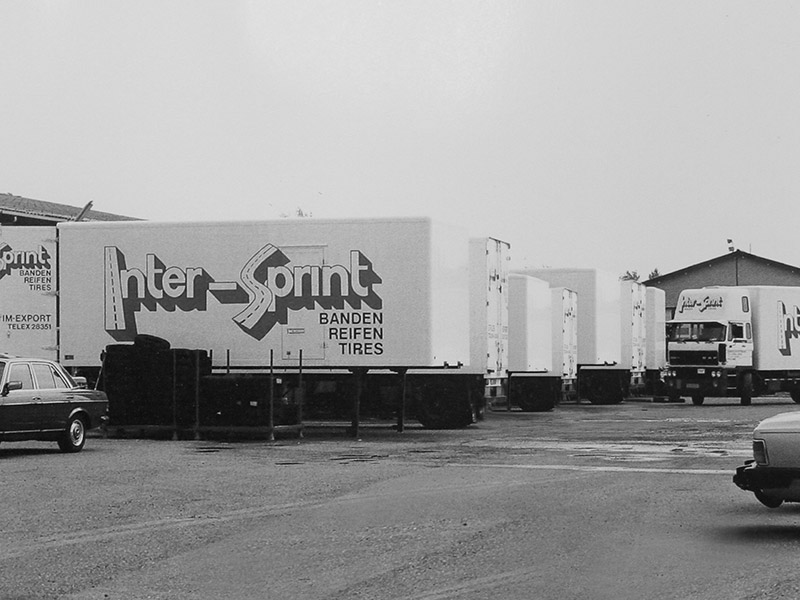 More and more customers from the professional sector

Sprint branches, as well as the first garage and fitting businesses, are provided with tyres from Sprint's own warehouses. 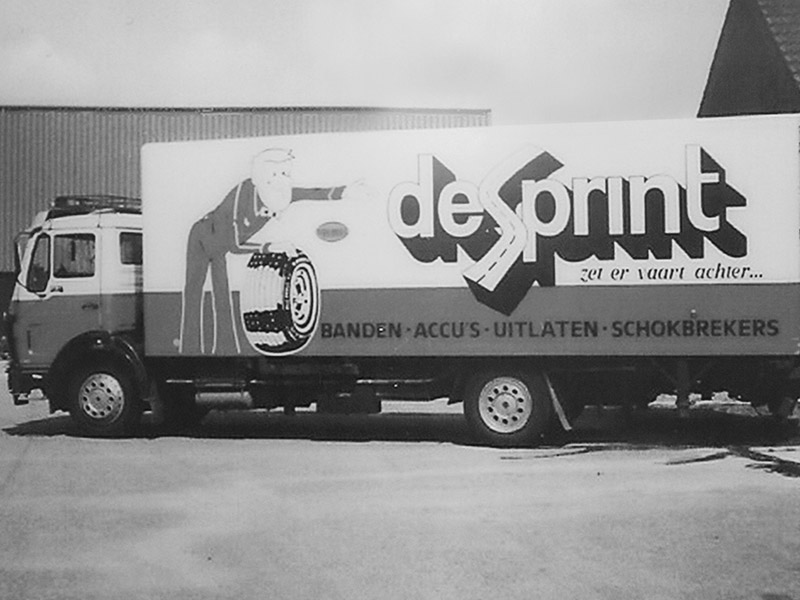 In Strijen, Inter-Sprint sets up its own large warehouses. Under the name Inter-Sprint, increasing numbers of businesses in the Netherlands were supplied with tyres from this location. In addition, the first containers of tyres were delivered abroad. 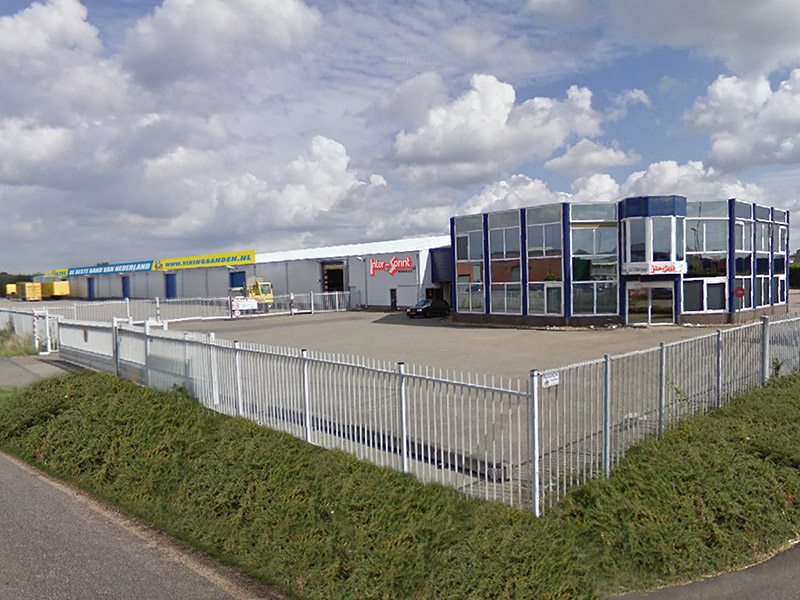 More and more garage and installation companies become clients of Inter-Sprint. Demand skyrockets. For the company's expansion, Heinenoord is chosen as the location for Inter-Sprint's own warehouses. An impressive complex is created there. 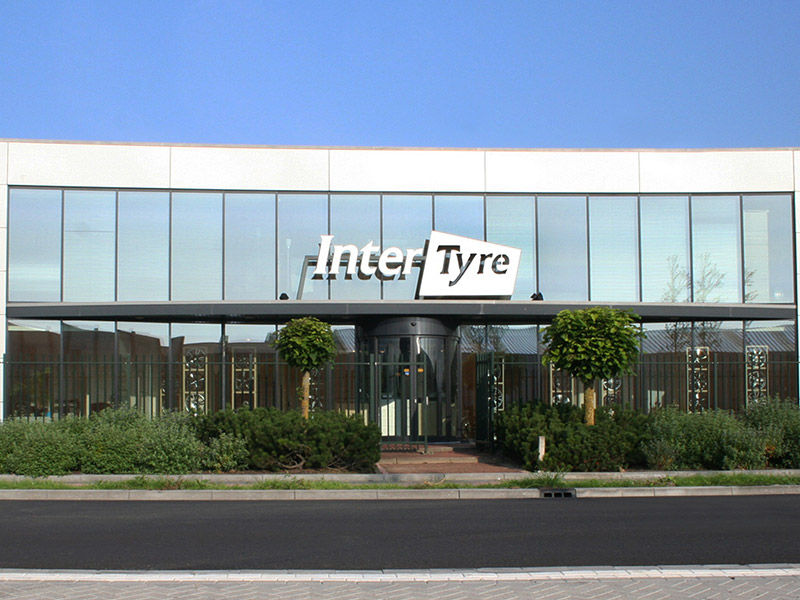 Under the name Inter-Tyre, the first alloy wheels are delivered. Later, a fully-automatic assembly machine for tyre/wheel combinations was also installed at this location. 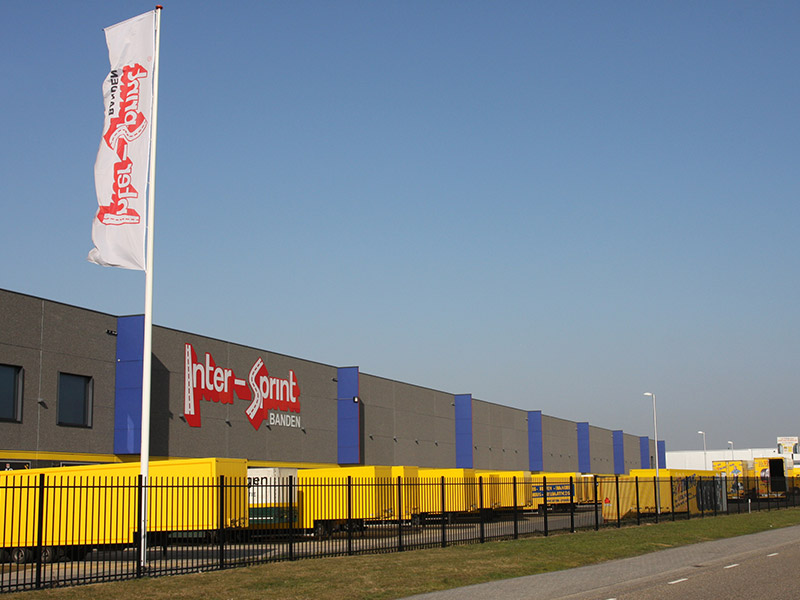 The logistic centre in Moerdijk becomes a reality

In 2009, Inter-Sprint moves to Moerdijk The new building, with enormous storage capacity, makes the desired expansion of the range and the stock possible. In addition, with a view to the future, a lot of free building space is available. The location also makes it ideal in terms of logistics. Inter-Sprint can continue to grow here without limits. 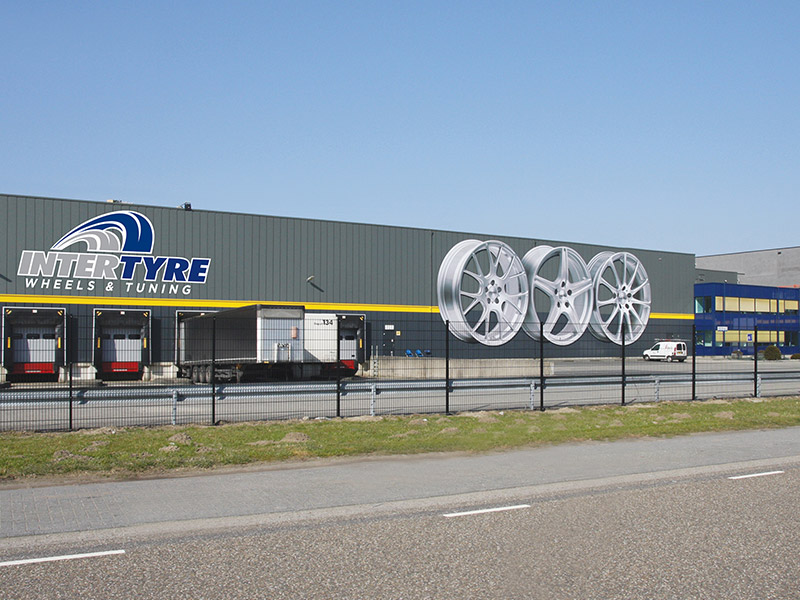 Inter-Tyre moves from Heinenoord to Moerdijk. At Distriboulevard 11, we create a future-oriented location. Here too, the warehouse capacity is strongly reinforced for even more stock. 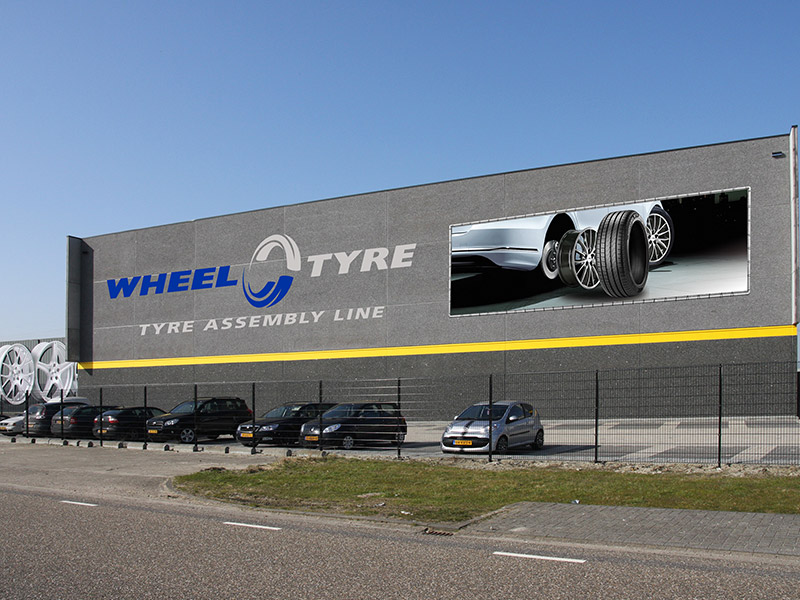 Especially for supplying tyre/wheel combinations in large quantities, we set up a new location under the name Wheeltyre. The fully-automatic assembly machine moves from Heinenoord to the new building and is updated. 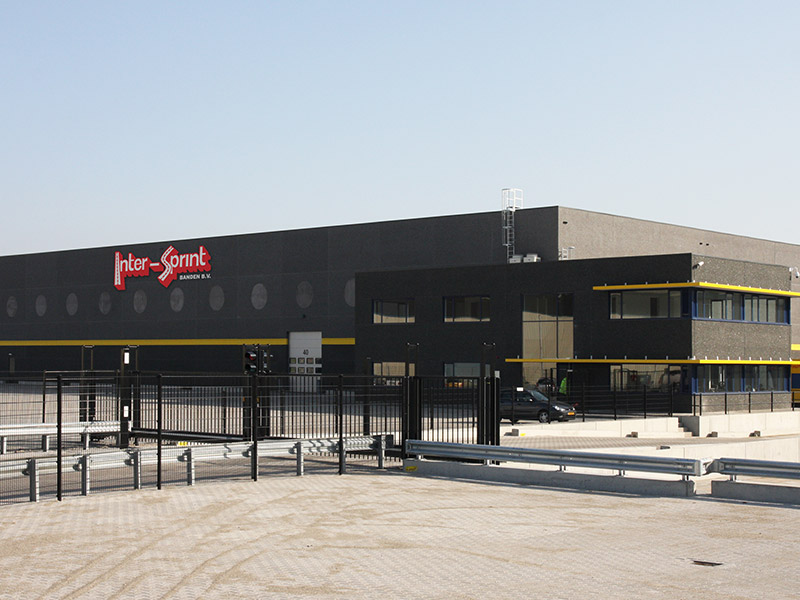 Due to the growth of the international sales market, the demand for tyres grows strongly. At the new location on the Zeehaven, we can take large quantities of tyres into stock and subsequently deliver them. At this location, a special location for our container storage is also developed. 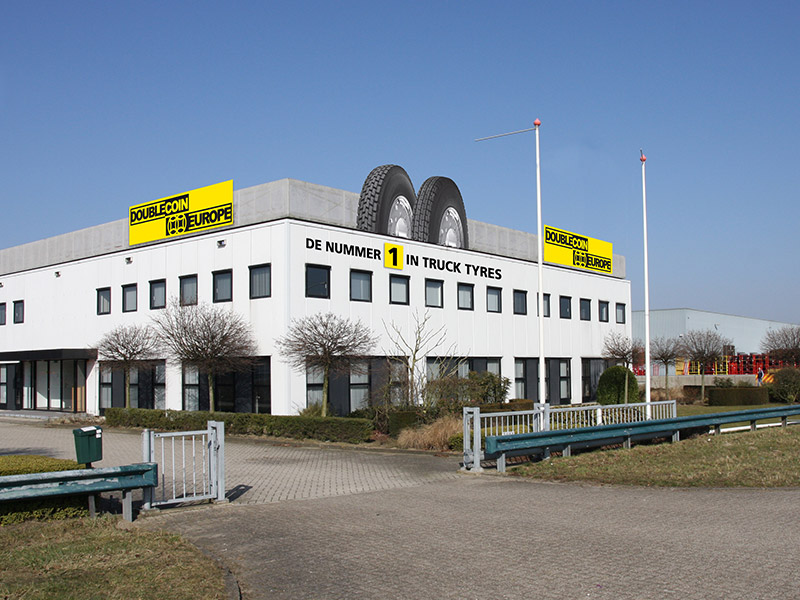 A new location is opened at Distriboulevard 15 especially for truck and OTR tyres. These bulky tyres require a lot of storage space. 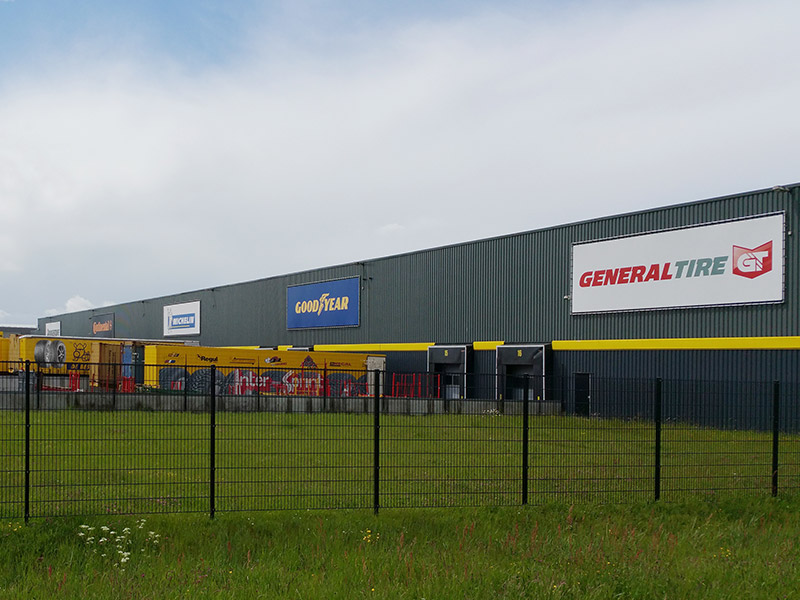 We keep on building

We once again expand our warehouse capacity in order to make our stock even more complete for our customers. 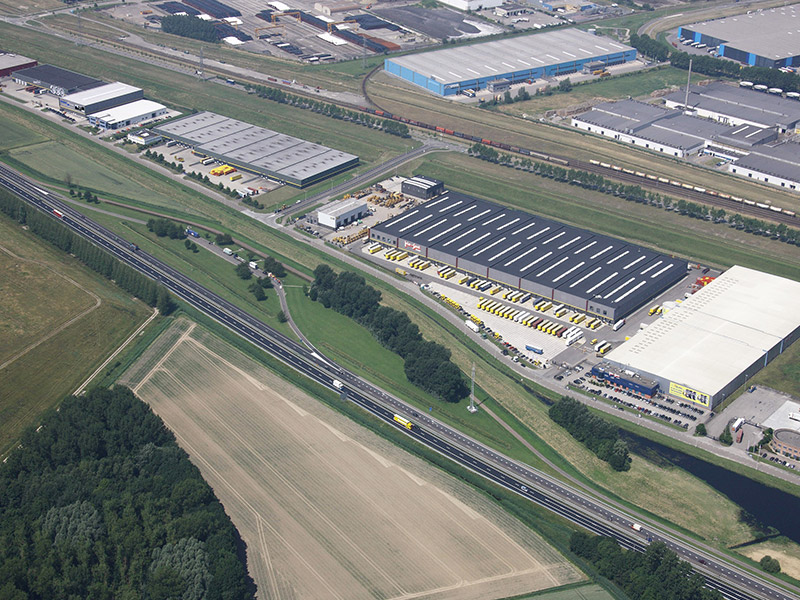 Formidable, even from a bird's-eye view

A large area of the Distriboulevard is built on to create warehouses for tyres and wheels. An impressive complex has developed. 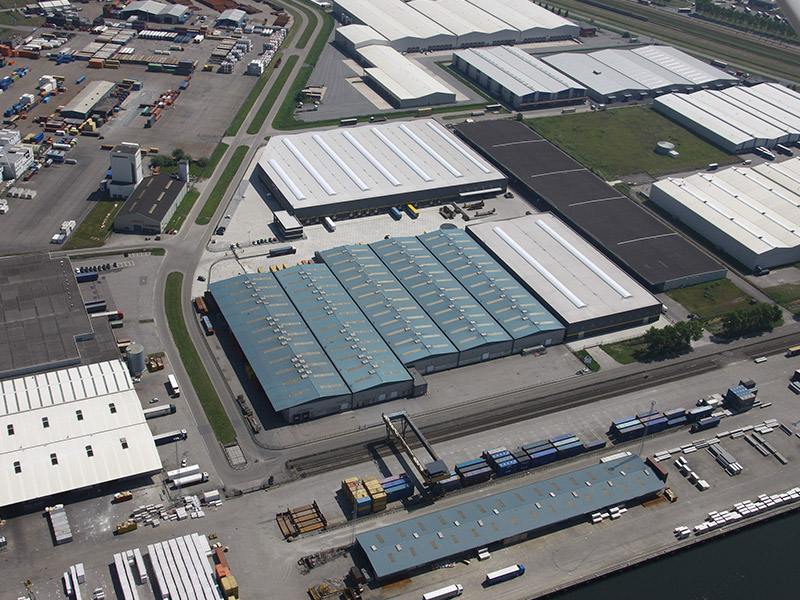 Zeehaven site bird's-eye view, with the harbour quayside and the (sea) container storage and transshipment area. 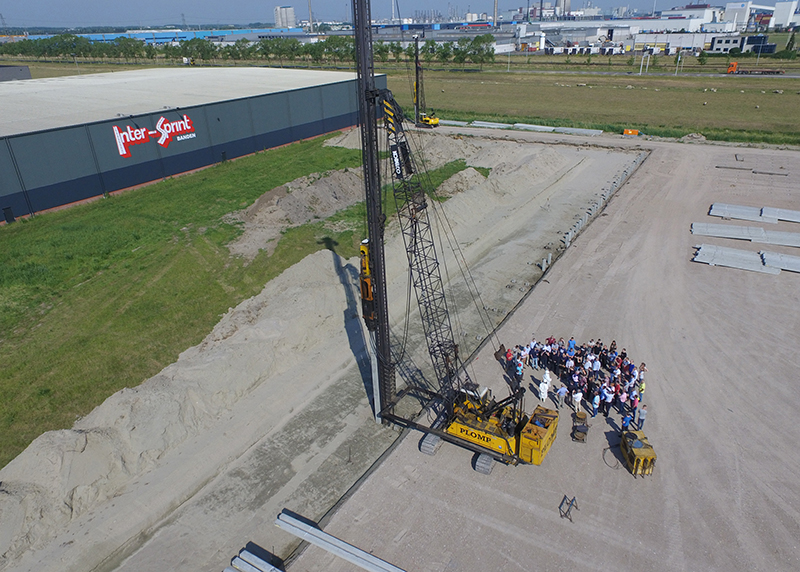 Looking to the future

We continue to look ahead. The combination of our vision for the future and strategy requires a greater storage and transshipment capacity. The first pile being sunk at the Distriboulevard 27 in June 2017 was the starting signal for a new expansion of our warehouse capacity. 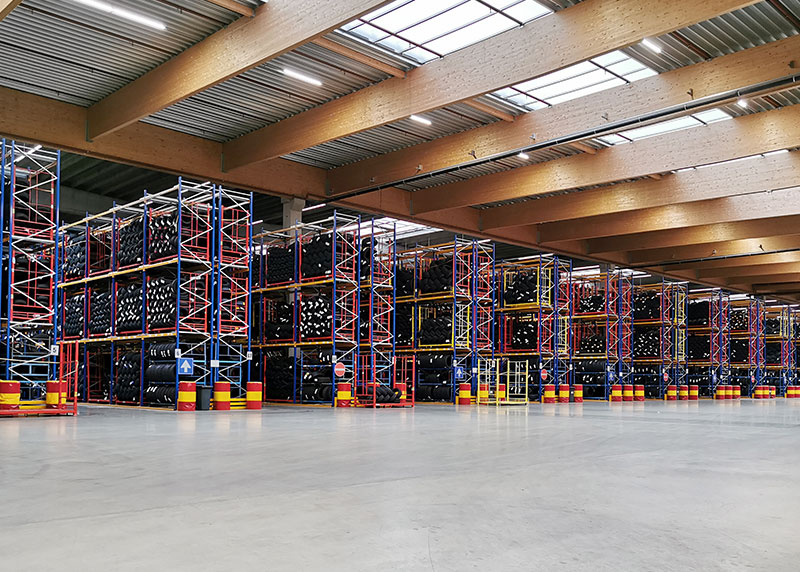 Inter-Sprint Banden B.V. unveils an additional warehouse expansion of 60,000 m2, bringing their own storage capacity to an astonishing total of 375,000 m2!

E-commerce Easy online ordering
To E-commerce
We use cookies on our website to give you the most relevant experience by remembering your preferences and repeat visits. By clicking “Accept”, you consent to the use of ALL the cookies. However you may visit Cookie Settings to provide a controlled consent.
Cookie settingsACCEPT
Manage consent

This website uses cookies to enhance your experience as you navigate the site. Of these cookies, those categorised as necessary are stored in your browser as they are essential to the operation of the basic functionalities of the website. We also use third party cookies to help us analyse and understand how you use this website. These cookies are only stored in your browser with your consent. You also have the option of opting out of these cookies. However, turning off some of these cookies may affect your browsing experience.
Necessary Always Enabled
Necessary cookies are absolutely essential for the website to function properly. This category only includes cookies that ensures basic functionalities and security features of the website. These cookies do not store any personal information.
Non Necessary
Any cookies that may not be particularly necessary for the website to function and is used specifically to collect user personal data via analytics, ads, other embedded contents are termed as non-necessary cookies. It is mandatory to procure user consent prior to running these cookies on your website.
Performance
Performance cookies are used to understand and analyze the key performance indexes of the website which helps in delivering a better user experience for the visitors.
Advertisement
Advertisement cookies are used to provide visitors with relevant ads and marketing campaigns. These cookies track visitors across websites and collect information to provide customized ads.
Analytics
Analytical cookies are used to understand how visitors interact with the website. These cookies help provide information on metrics the number of visitors, bounce rate, traffic source, etc.
Other
Save & Accept